Dilbar Hussain, Hafiz Muhammad Saleem, Muhammad Saleem and Muneer Abbas
Helicoverpa armigera is a notorious pest of field crops and causes enormous financial loss, due to the excessive use of insecticides which contributes to multiple instances of insecticide resistance. The aim of this study was to investigate the toxicity of some new insecticides, which are being used on a large scale in Pakistan against H. armigera. Test insects were collected from three different locations of Punjab for three consecutive years. Resistance Ratios (RR), calculated as ratio of the LC50 for each field population relative Lab-PK, showed that the toxicity of profenofos compared with the Lab-Pk strain was in the range of the 9.80-12.11-fold, 1.69-5.22-fold for emamectin benzoate, 19.6-68.17-fold for lambda-cyhalothrin, 3.48-9.62-fold for chlorpyrifos, 34.1-48.0-fold for bifenthrin, 19.33-37.17-fold for deltamethrin and 5.60-11.50-fold for thiodicarb. The Resistance. Ratio of the Insect Growth. Regulator (IGR) was in the range of 5.98-11.83-fold for the methoxyfenozide and 1.01-2.19-fold for lufenuron. Pair wise comparison of the log LC50 of insecticides against all populations showed a correlation between the various insecticides, suggesting cross resistance was occurring. When these same insecticides were tested for susceptible population (Lab-Pk), emmamectin benzoate and lufenuron were significantly more toxic than other tested insecticides. 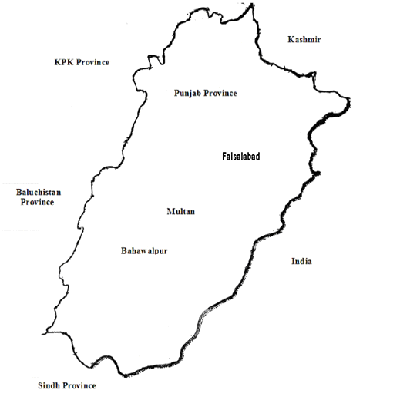