Structure and organization of the crustaceans cladoceran populations in Moroccan ricefields

Rabia Aoujdad, Abdelaziz Maqboul, Mohamed Fadli and Mohamed Fekhaoui
We undertake in this work a qualitative descriptive study of crustaceans cladoceran population in different habitats of Moroccan ricefield. Among the 50 species identified by Ramdani (1986) in Moroccan stagnant water, 30 species of cladoceran were identified in our study area. The biotypology study of crustaceans cladoceran population demonstrated the presence of 3 principle species groups which have spatio-temporal distribution despite of the short period of the study imposed by the imperative of submersion period. Those groups are: summer species, autonmal species and species which have large distribution spectre along rice growing. Therefore, agrosystem "rice" has a structure, dynamics and evolution which corresponds to that of natural lakes where the impoundment is shorter or longer during the year. Associated with biotic conditions, the hydrological cycle of rice, temperature and oxygen levels affect the distribution, occurrence and abundance of species. 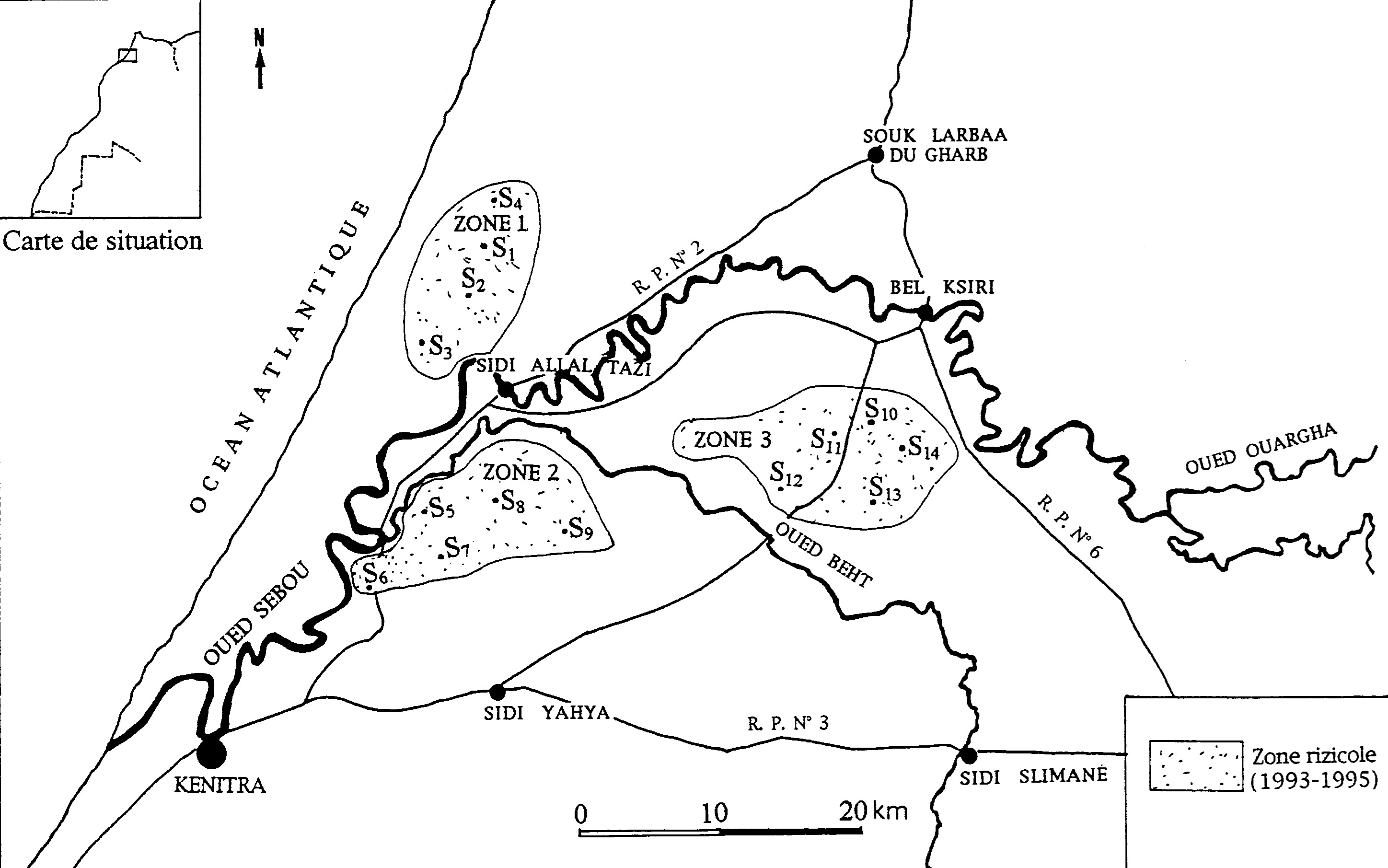