Abdelaziz Maqboul, Rabia Aoujdad, Mohamed Fadli and Mohamed Fekhaoui
The present study is first of its kind that deals with freshwater gastropod populations at Annasser Lakes, Rif mountains, Northern Morocco from eight selected sampling stations. Gastropods were collected from September 2002 - December 2003. A total of eleven species were recorded among which Physa acuta was the species most represented of aquatic snails in the studied areas. Gastropod population was higher in spring and summer, while low population was evident in winter. The present study on population dynamics of P. acuta in Annasser pond shows that the life cycle of the species followed a seasonal pattern. This cycle was mainly governed by the duration of submersion at the habitats studied. Indeed, the life cycle of the species is permanent ponds was bivoltine with two annual generations per year and two breeding periods in spring and autumn seasons. In the temporary ponds, the species was univoltine with just generation per year but had two annual breeding periods. 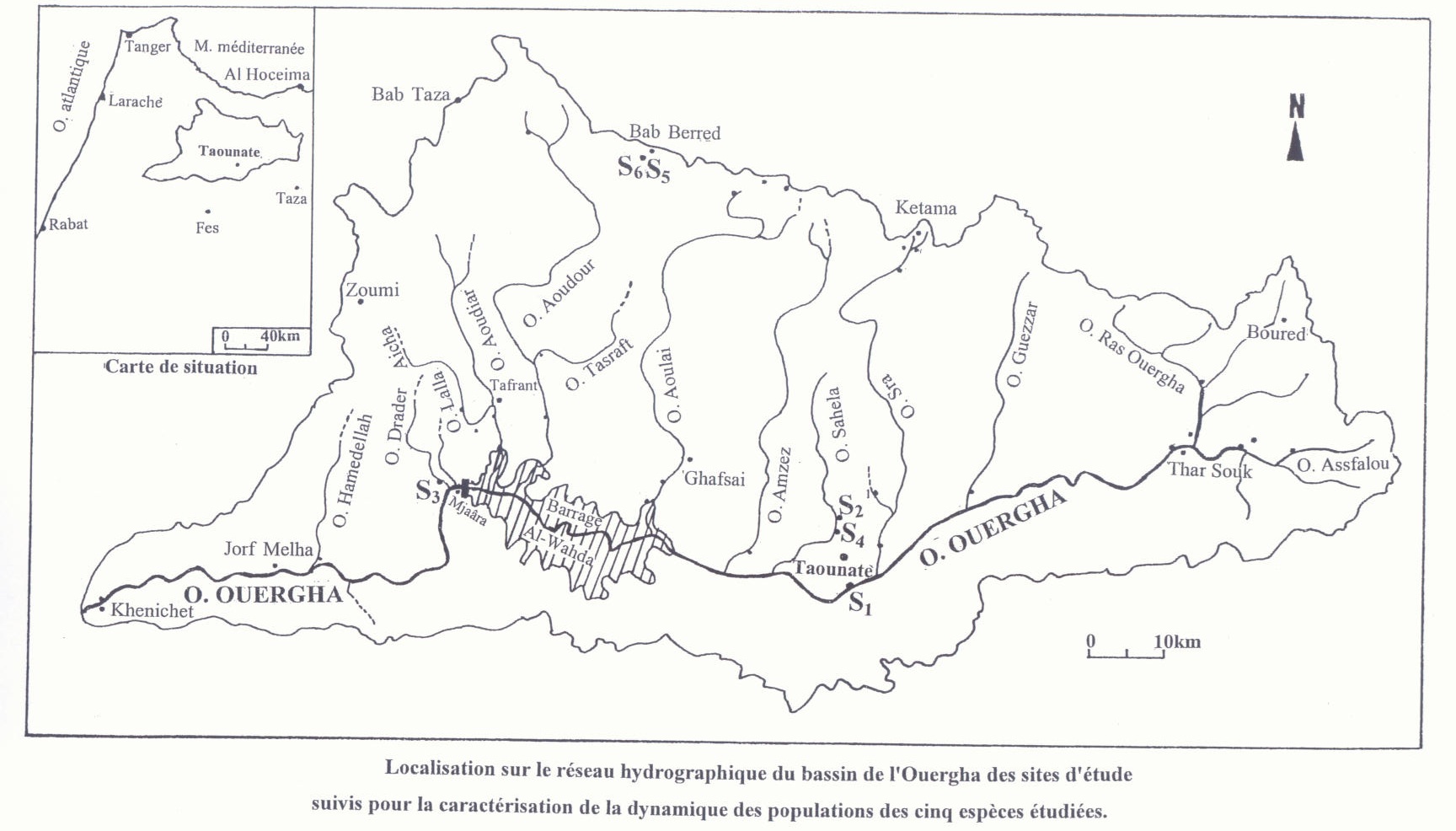