A checklist of dragonfly (Odonata: Anisoptera) diversity in the campus of University Of Science And Technology, Meghalaya (USTM), Ri Bhoi district, Meghalaya, India

Biswajit Kumar Acharjee, Linda Karzee
Northeastern India has been marked by its unique species richness and diversity. Like lepidopteron diversity, distribution and diversity of odonata in this region has been well studied. However no concrete study has been done in Ri-Bhoi district of Meghalaya where the university campus is situated. USTM, a nascent university, is built up in a nice landscape documented by marshy areas and hill sides with good vegetation that harbors good dragonfly diversity. In the present study, a survey has been carried out to ascertain dragonfly diversity and 36 species of dragonflies were recorded. This study is first of its kind and has taxonomic importance as it adds few more species to the list of dragonflies from Ri-Bhoi District of Meghalaya.
Click here for more related graphics 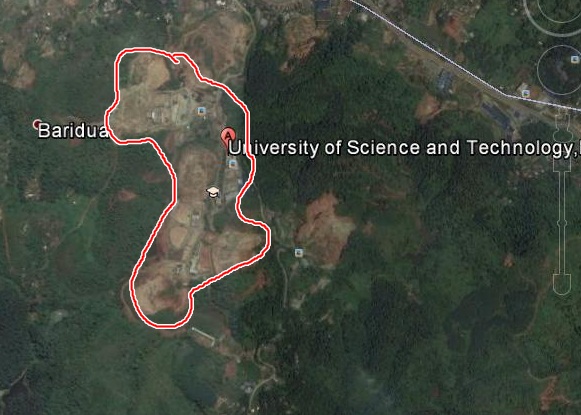 Fig. 1: Showing the map of USTM campus, Meghalaya where study was carried out. 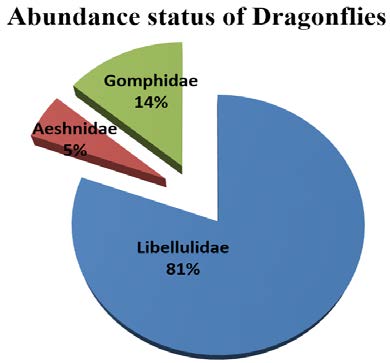 Fig. 2: Percentage of occurrence of families of Dragonflies observed in USTM campus. 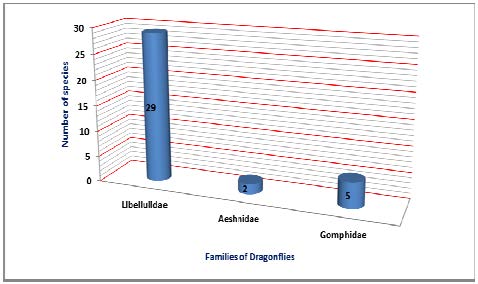